Schnitzel and Strudel and Other Favorite Things, at Wallsé

On the first undeniably cold night in November, an idea began to take shape in my head. The shape was specific, and it looked like the map of Austria. As in my grade-school geography books, it was illustrated with images of natural restaurant supplies: amber waves of Wiener schnitzel, nuggets of goulash the color of iron ore, the gentle white slopes of Salzburger nockerl.

There is no wrong time of year to eat Austrian food, but the approach of winter always brings it to my mind — a lifelong habit of associating strudel and schnitzel with snowflakes that stay on your nose and eyelashes, thank you very much, Julie Andrews. So when I first saw that map, I knew what it meant: Time to go back to Wallsé.

For 17 years, Kurt Gutenbrunner has been serving Austrian cuisine underpinned by farmers’ market produce at Wallsé, in the West Village. It was his first restaurant as chef and owner, the start of a minor Austrian empire that now includes Blaue Gans, where there are more wursts on the menu covers and more elbows on the tables, and Café Sabarsky in the Neue Galerie museum, where people sit upright over cups of milchkaffee and slim wedges of Linzer torte.

Wallsé is still his base camp, where at the end of the night you might see him towering over the second-tallest person at the bar. Imposing as he is, Mr. Gutenbrunner is dwarfed by his own portrait, which hangs across from the bar. Julian Schnabel painted him looking both heroic and angry, surrounded by a lightning-blue nimbus. The blue light may represent the bolts of inspiration that drive Mr. Gutenbrunner to higher and higher creative peaks, although to me it looked as if he had been soaked with kirsch and flambéed. 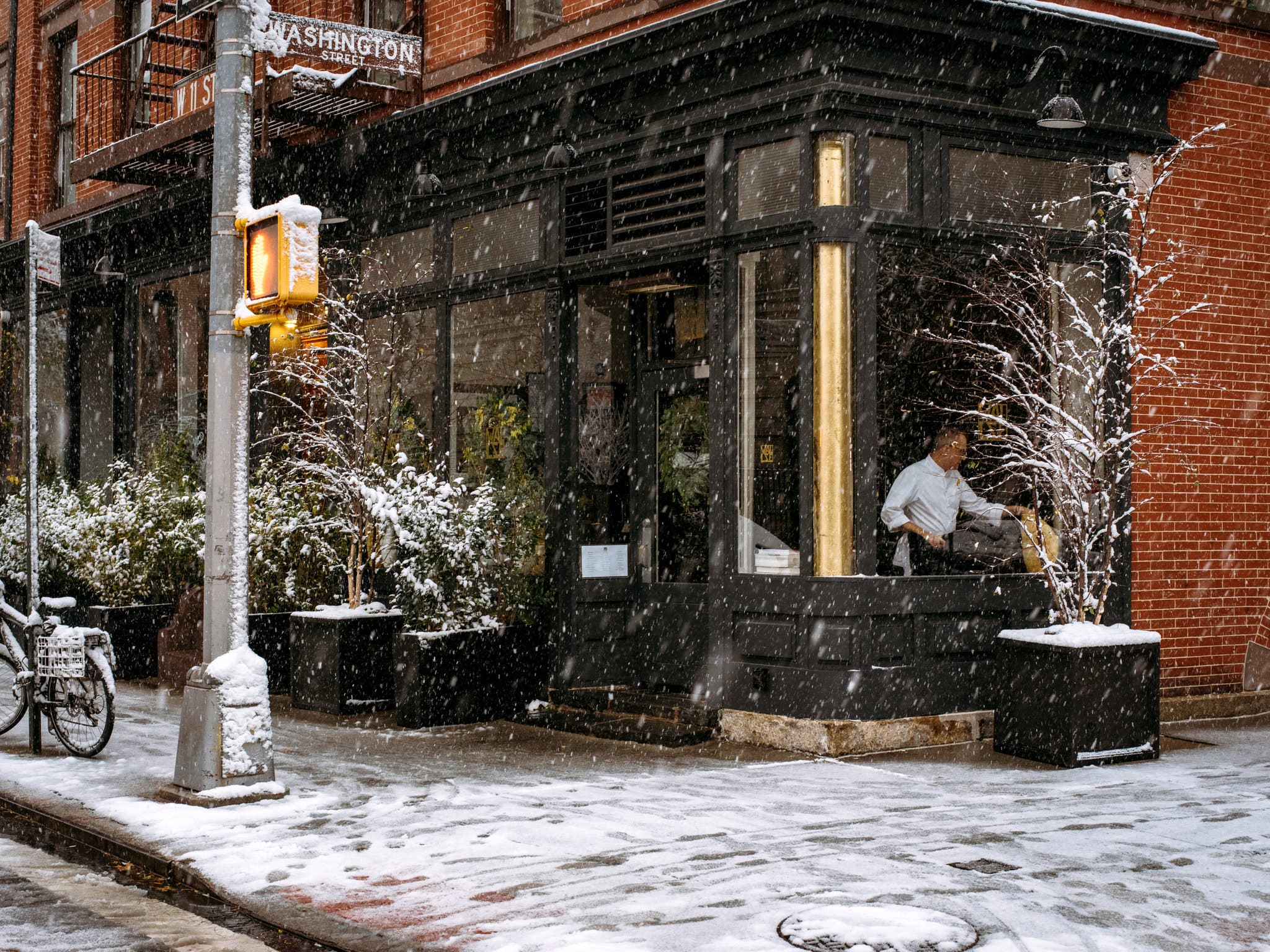 The painting is one of many that have accumulated at Wallsé over the years. Otherwise, the two small rooms look much as I remembered them from my last visit, around the time of its last review in The New York Times, in 2004, when Amanda Hesser gave it two stars. The windows on West 11th Street are still impressively wide; the tablecloths are still white; the chairs are still black, high-backed and convincingly Secession-ish.

But furniture was not part of the map that had danced before my eyes. Schnitzel was, and the particular schnitzel I had seen was veal, pounded to the thickness of flannel, inside a rippled crust of crumbs. I wanted to be able to slice it with the side of a fork and hear it crackle. I wanted it with sweet, cool sliced cucumbers, a fingerling potato salad and lingonberries. And that is what I got.

Another pressing issue: Was quark spaetzle with braised rabbit still on the menu? It was. Would this warm bowl of buttered noodles, in irregular curves and swoops like some secret alphabet, still make me glad I’d walked this far west facing a chilly wind off the river? It did.

The goulash was not the home-style stew I had pictured — it was made from short ribs braised separately before being introduced to a paprika-onion sauce — but it was delicious.

The fine produce that I remembered as setting Wallsé apart from more old-school Austrian restaurants was still there, too. Wonderful lobster poached in butter was woven in with small chanterelles and crisp zucchini. Little minarets of romanesco sat alongside the warm smoked char under chopped green apple and trout roe.

Wallsé’s Sacher torte has a black-gloss icing made from a darker chocolate than usual, and it’s moister than some versions; it doesn’t necessarily need its little quenelle of whipped cream, but of course Sacher torte that is not served mit schlag is not Sacher torte.

As for the triple-mounded soufflé known as Salzburger knockerl, it was better than anything my imagination could have whipped up. Mr. Gutenbrunner’s version looks and tastes like three peach-size toasted marshmallows with small brown peaks, and it sits on a pool of hot dark caramel and huckleberries.